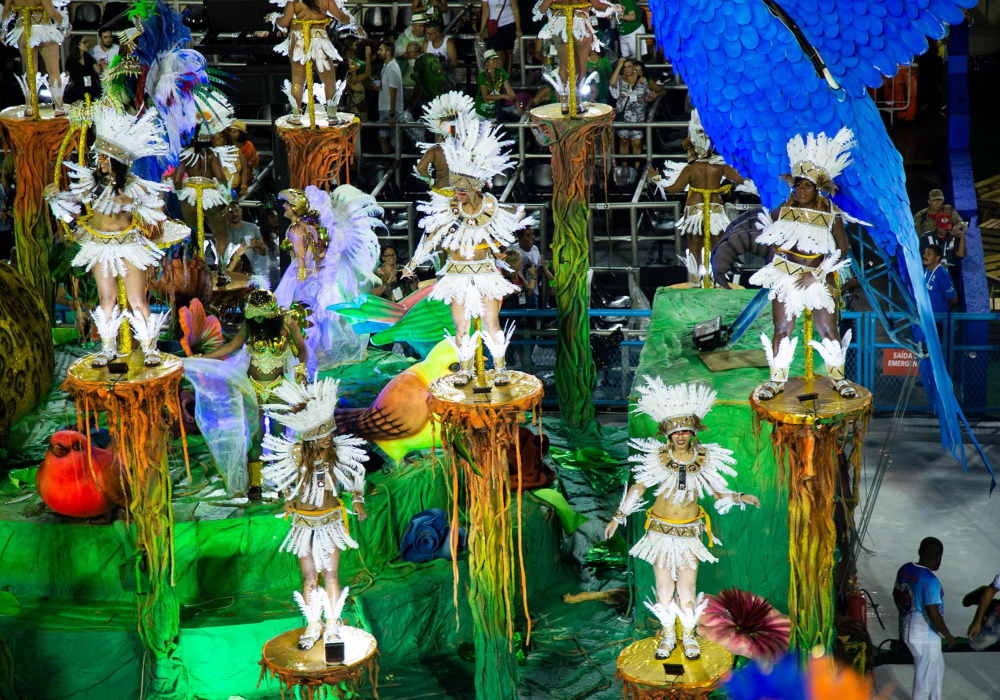 Experiencing the Rio De Janeiro Carnaval has been a big item on my bucket list for a long time. I had the opportunity to make this dream a reality in 2020. The world-famous extravaganza is considered the biggest carnival in the world — bringing around 2 million people per day on the streets of Rio de Janeiro.

Carnaval begins on the Friday preceding Lent and ends on Ash Wednesday. But the Winner's Parade takes place on the Saturday after the carnival ends.

Lent is a solemn religious observance in the Christian liturgical calendar — starting on Ash Wednesday and extending for around six weeks, covering 40 days of fasting, before Easter Sunday. It’s a period of penitential preparation for Easter.

The Latin-derived word carnaval, as it’s spelled in Portuguese, Spanish and French, comes from the Latin expression carne levare — which means “remove meat” or “farewell to meat.” This is to reflect the approaching fasting period during Lent, where the consumption of alcohol, meat, and indulging in pleasures is restricted.

But there’s nothing non-indulgent about the Rio de Janeiro Carnaval. It's the ultimate celebration before a period of abstinence. The enthralling sounds of samba music and dance, introduced in 1917 by the Afro-Brazilian population descending from Angolan and West African enslaved people, embody the soul and rhythm of Carnaval.

The origins of Carnaval 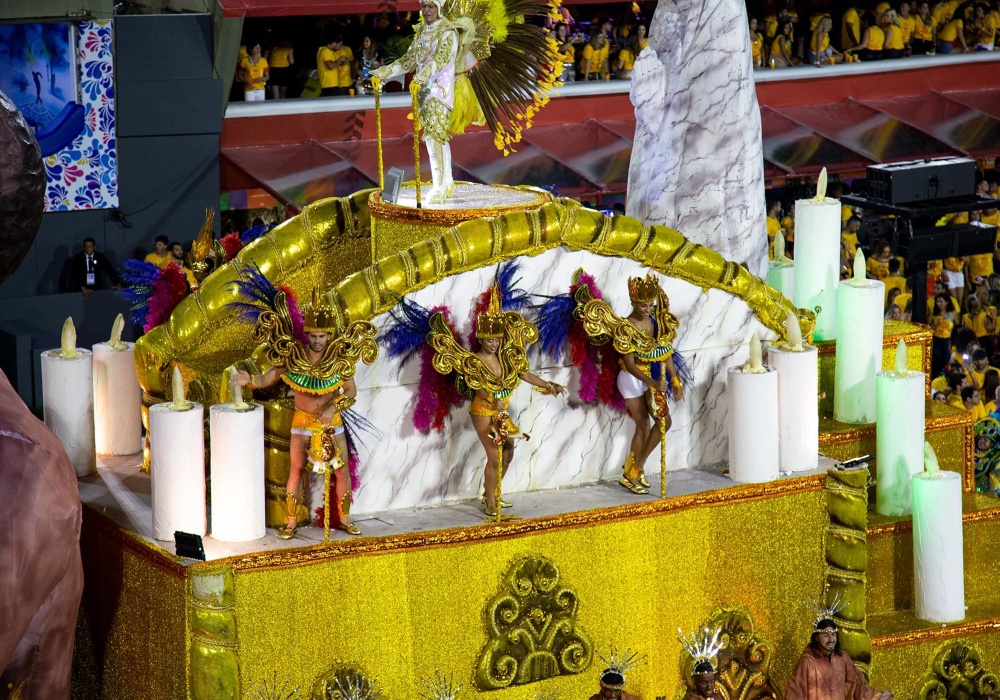 The Rio Carnaval festival traces its roots all the way back to 1723, but the celebrations actually began as early as the 1640s. The first masquerade took place in 1840.

Interestingly enough, when the Portuguese colonizers first brought the tradition of carnival to Brazil in the mid-1600s, it was celebration reserved for the elites. Following the ancient Greek tradition of honouring Dionysus or Bacchus, the god of the grape harvest, the segregated celebration consisted of elaborate balls inside the wealthy's homes.

The parties moved to the streets, and this led the way for the formation of samba schools. The first samba schools were named “Deixa Falar” (1926) and  "Mangueira" — which was formed in 1928. The growing number of street bands and samba schools began competing to be crowned Carnaval winner.

Today, samba schools are elaborate and well-funded organizations that prepare all year for the annual carnival. 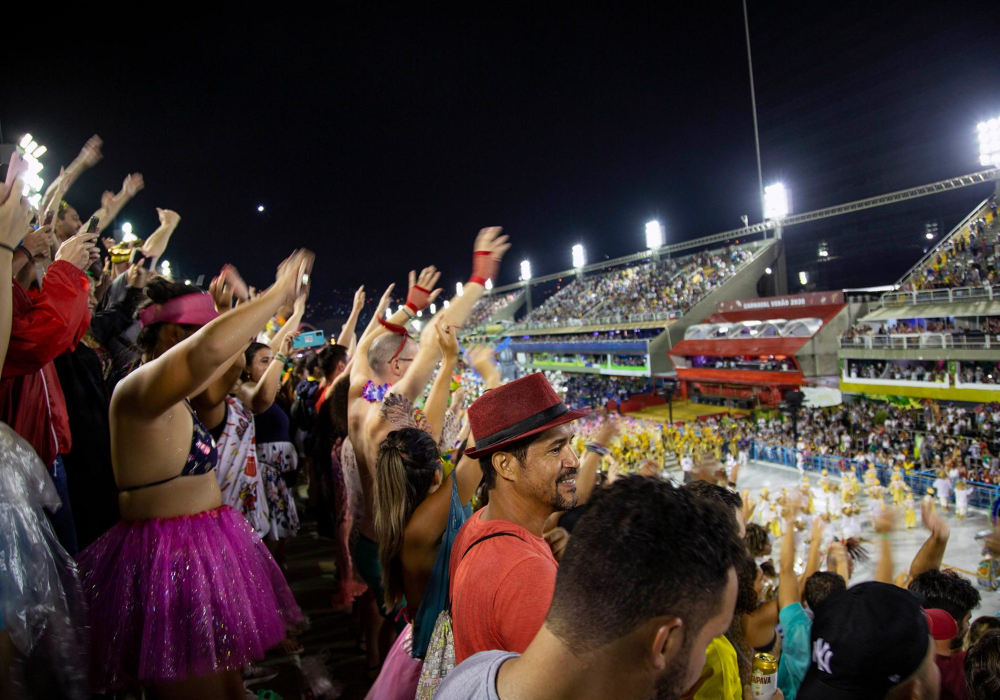 Each year, Brazil's top 13 samba schools parade and compete in the 90,000-people-capacity Sambodromo, in front of an enthusiastic crowd of locals, tourists and celebrities (minus footballer Neymar this year) converging in the downtown neighbourhood of Cidade Nova in Rio de Janeiro.

The Sambadrome Marquês de Sapucaí, or simply Sambodromo (Sambadrome in English), was designed and built by Brazilian architect Oscar Niemeyer (1907–2012). The impressive purpose-built stadium, complete with box seats and grandstands on each side, has been the dedicated parade venue for the Rio Carnaval since its completion in 1984. It's 13-metre wide, and 700-metre long parade runway annually hosts a fierce competition.

The carnival parades are held for four consecutive nights (Friday to Monday) — starting from between 8-10 pm and ending at the wee hours of the next morning (between 4:00 to 5:00 am).

The samba schools have about 80 minutes, strutting their stuff from one end to the other of the Sambadrome, to try and rise above the field in order to impress a group of 40 judges who will ultimately select a champion. They are judged based on the costumes, choreography, overall theme and samba song.

Each samba school has a Queen — chosen for being the school's most talented and beautiful samba dancer. It's a very prestigious honour to be selected as a queen to represent the schools, as it often leads to lucrative modelling, advertising and television opportunities.

The spectacle of immense sophisticated floats and the energetic crowd of 30,000 samba school participants dancing and singing to the rhythm of samba music along this half-mile runway is genuinely awesome and breathtaking.

Choosing your days to attend 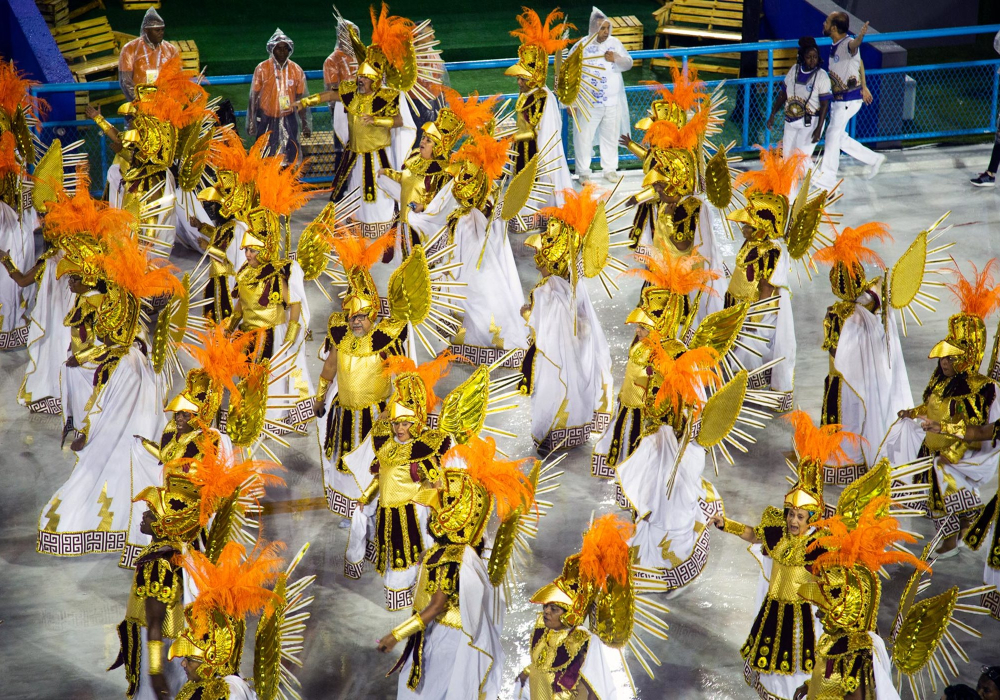 Kicking off the first two days of the carnival, on the Friday and Saturday, the Access Group — comprising of second division schools — give their hearts out. The grandstand tickets for the first two days are cheaper because top schools perform on the Sunday and Monday (the Special Group). But don't be fooled; they consist of excellent performers as well. The show is still out of this world. The winner from the Access Group makes it to the Special Group parade of the following year; so they have a lot on the line.

The Champions Parade featuring the six best schools, competing ferociously for the crown, takes place on the Saturday after Ash Wednesday.

Would you look amazing in your ideal choice of feathered outfits? An interesting fact is that most samba schools allow a limited number of spots for tourists to parade along with them in the Sambadrome. Interested participants must purchase a costume ideally before mid-January as they often sell out. The costume costs typically range from $250USD to $1,000USD or more. Not cheap, but they are a work of art, and they are yours to keep. Bring some bottled water, if you can fit it anywhere.

For my first experience this year, I had a fantastic time attending the opening night's Access Group parade with grandstand tickets. I'm already planning to purchase a costume to join an Access Group samba school and also secure a ticket for a Special Group parade on another day. Do keep in mind that joining a samba school doesn't grant you access to sit in the grandstands after finishing your parade.

If you're already planning your own Rio Carnaval adventure, here are the date for the next couple of years, COVID 19 measures permitting: 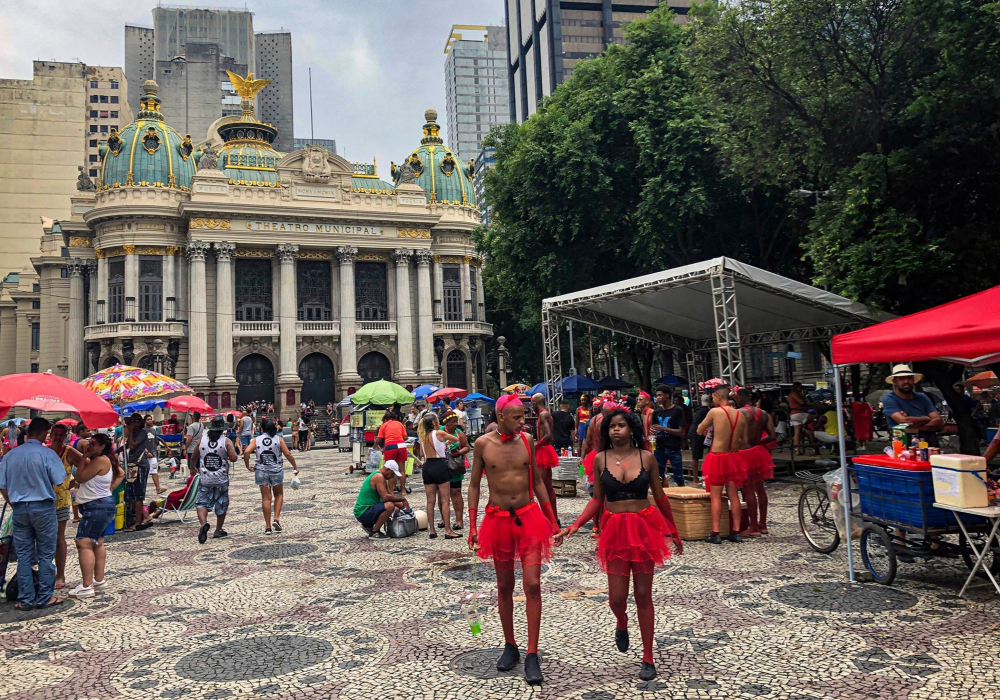 In addition to the big parades at the Sambadrome, there's also a Magic Ball at the Copacabana Palace — a luxurious hotel facing Copacabana Beach. Taking place on Carnaval Saturday, it’s the city of Rio's epitome of glamour and sophistication. You'll be sure to rub shoulders with Brazil's high society and international celebrities.

But if mixing and mingling with the 'who's who' isn't your thing (like me), there are over 500 street parties — known as blocos — starting from as early as mid-January and running up to, and including, the actual carnival week. The biggest ones can draw several hundreds of thousands of partygoers.

The blocos, taking place all across the city of Rio, offer an excellent opportunity to mix and mingle with the Cariocas (Rio natives). They're completely free and are, in my opinion, equally part of the Rio Carnaval experience as the grandstands of the Sambadrome.

But given the heightened level of Rio crime during the annual carnival, it's highly advised to leave all valuables, jewellery, wallets and bank/credit cards at the hotel. It's also best to capture photos with a closely guarded phone than with a DSLR, which might attract unnecessary attention. When in Rome, do as the Romans, and try to mix in as much as possible. Rio de Janeiro's safety levels play a big part in trip planners' consideration to attend the Carnival in Rio, but taking proper precautions goes a long way in enjoying the amazing Rio Carnival. Don't hesitate to wear a costume and don a wig — the brighter, the better! It's all part of the fun. 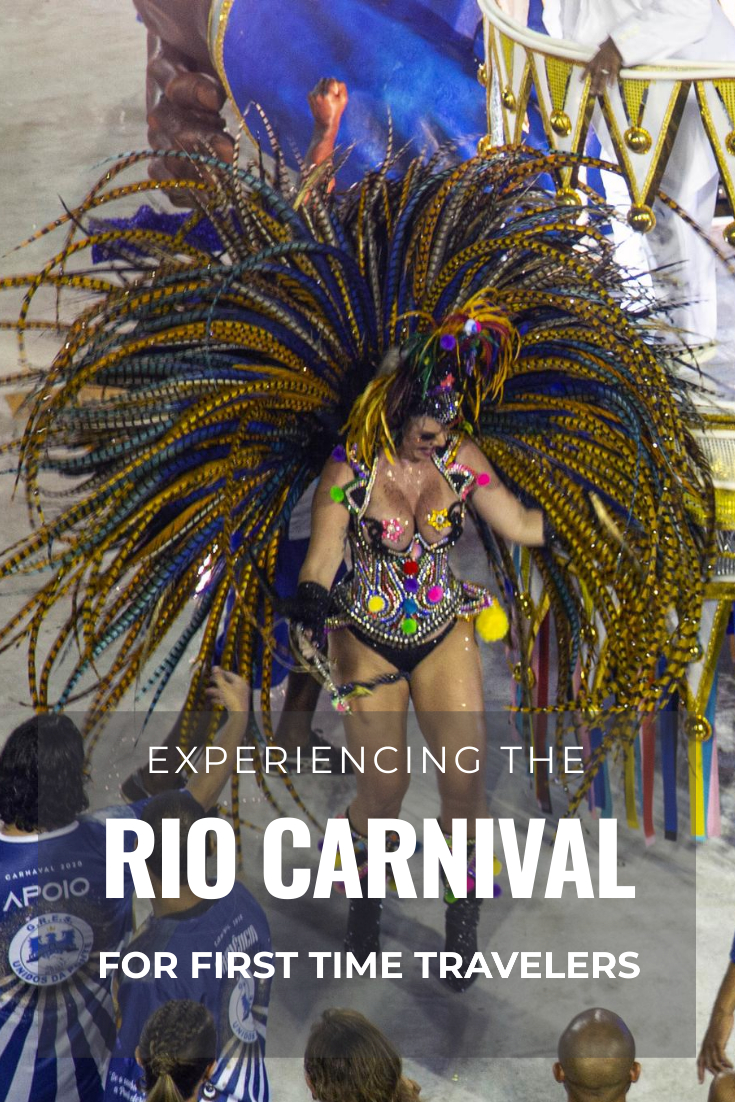 Amid the festive atmosphere, the 2020 Rio Carnaval also took on a political and social justice angle. Brazil's current right-wing president — Jair Messias Bolsonaro — who rose to power in January of 2019, has been a divisive figure. Often referred to as the "Trump of Brazil," he's raised many eyebrows with his disparaging comments about Afro-Brazilians, indigenous people, women and the LGBT community. Bolsonaro ran and won the election on a law and order platform and vowing to loosen gun control regulations. 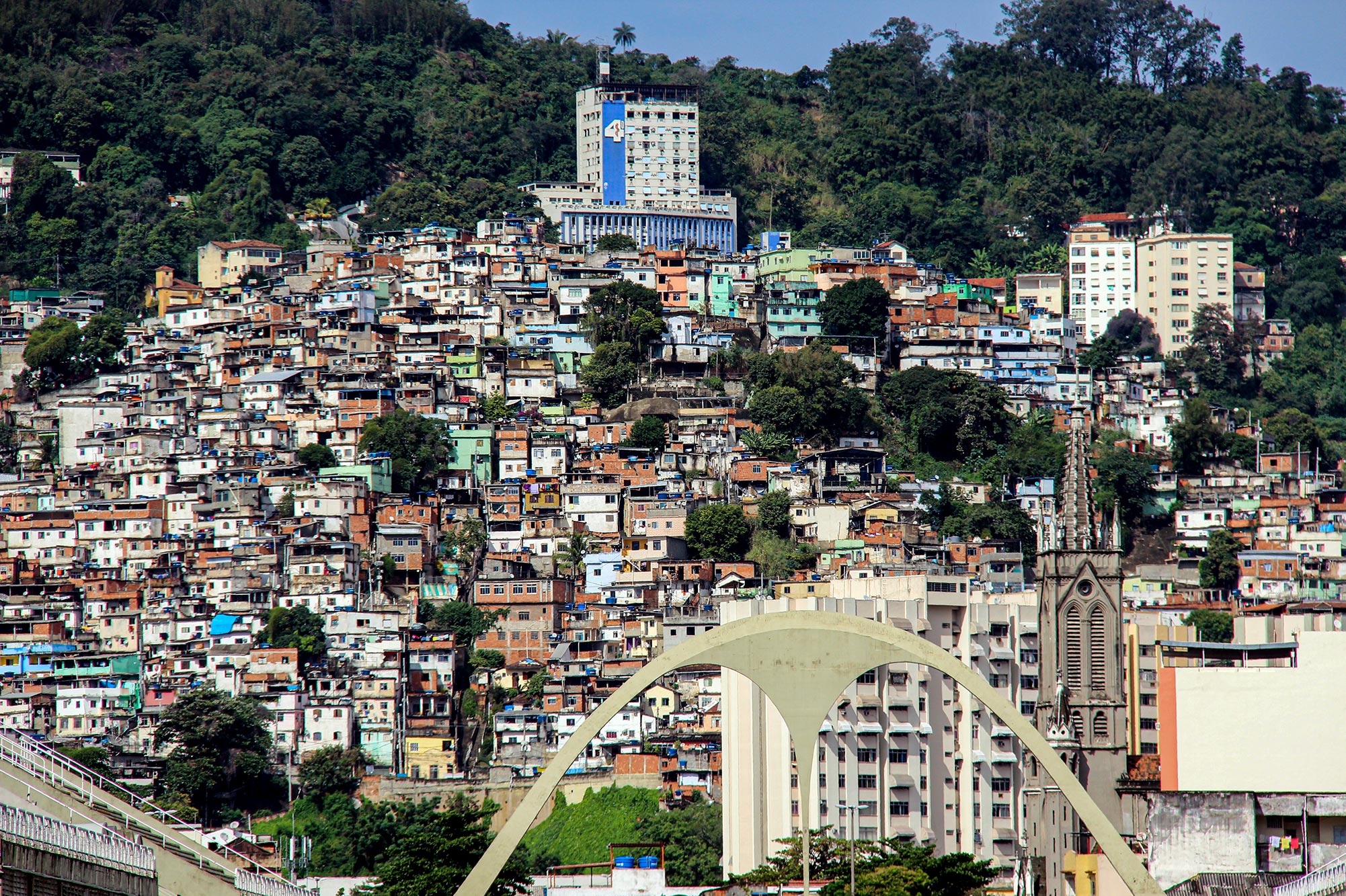 View of a favela behind the Sambadrome

Several samba schools used the global stage of the carnival to advocate against Bolsonaro's philosophy and policies. The prominent Mangueira samba school's theme of "Jesus of the favela" took a stand against heightened police violence in the favelas under Bolsonaro.

Using the similarity with the president's middle name, Messias, Mangueira’s carnival theme song included a line declaring: “No messiah with a gun in his hand.”

Evidently, even centuries later, the world's biggest party is still a vehicle for social change and the empowerment of the marginalized.