Experiencing the bohemian soul of Maboneng 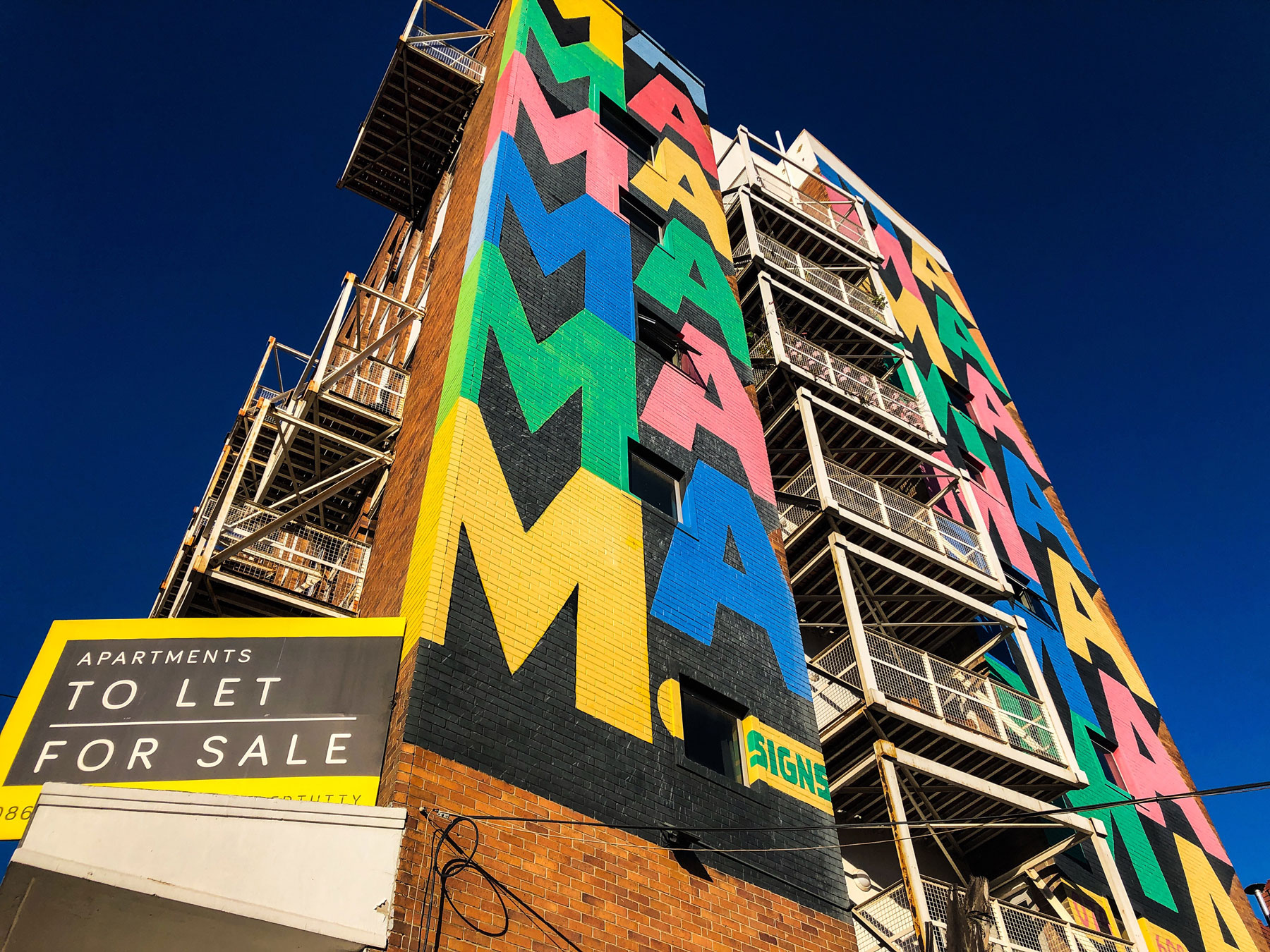 I had planned a two-night stop-over in Johannesburg, South Africa, before Amaria and I headed on to our self-drive adventure in Namibia. It was our second time in Johannesburg. We had already experienced driving to Soweto, sampled the vibrant life there, as well as visited Pretoria the last time; so the idea this time was to explore more of Johannesburg itself.

I'm always eager to discover the creative, bohemian and artistic neighbourhoods in the new cities I visit. In Johannesburg, one of those places high on the list is the district of Maboneng. It's described as the centre of creative energy for Johannesburg’s urban artists.

We were lucky to come across a very friendly local Uber driver who knew a lot about the city's creative spots. I must say that it took me a while to get started using Uber. I only first downloaded the app on my iPhone in early 2019 and took my first ride in Jeddah, Saudi Arabia, in April of this year.

Uber is now my go-to resource to get around during my travels. There are many interesting stories and memories created from sometimes fateful Uber rides. I certainly feel that this was one of them. After grabbing some coffee at the AfricaBlack Roastery & Espresso Bar, we spent the whole day unearthing gems around the city with the same driver.

The place of light

The Maboneng Precinct draws its name from the Sesotho word meaning "place of light." It rose from the ashes of a previous reputation as one of the city's most dangerous neighbourhoods, full of decaying buildings left vacant in the early post-apartheid era — as business owners fled social unrest and moved out to Johannesburg's suburbs, to now being a model of urban rejuvenation.

In many cities around the world, we've seen many former industrial centers, with large empty warehouses and their iconic red brick walls, being reclaimed by wealthy developers eager to convert them into hipster-dwelling lofts. While the spectre of gentrification certainly looms, the origin story of the Maboneng district was more people-focused.

Similarly to how New York City's Soho neighbourhood attracted artists during the 1960's — who saw the untapped beauty and potential of the derelict empty manufacturing lofts left behind by large manufacturers after World War II, the Maboneng Precinct caught the eye of eager South African young creatives and entrepreneurs who quickly made the area their own.

Today, Maboneng is a trendy home to many art galleries, restaurants, artist studios, cafés, roof-top bars, vintage fashion pop-ups, boutiques, retailers and more. The buildings are covered with lively street art, and vendors line the streets offering a vast array of arts and crafts. The Sunday food market — Market on Main — offering a large selection of homemade foods, is a must for locals and visiting foodies.

The renewal of the Maboneng district began in around 2009. As the precinct began establishing itself as a creative hub, mid to large scale projects began taking shape to transform the old warehouses into both working and living spaces for artists and entrepreneurs. Existing buildings were also beautified with large artistic murals — like the 10-storey mural of a boxing young Nelson Mandela by graffiti locally-born artist Freddy Sam (aka Ricky Lee Gordon) created in 2013, just after Madiba's passing. The artwork was recreated from an iconic 1952 photograph by South African photographer Bob Gosani. 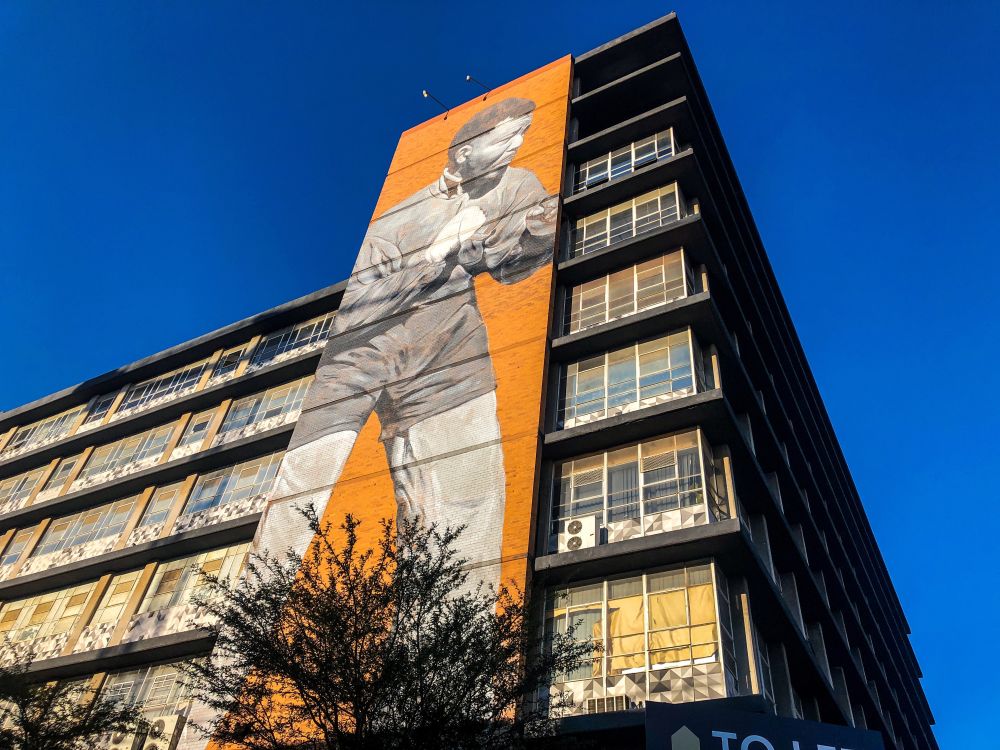 One of the most impressive projects, located on Albertina Sisulu Street, is a residential building erected from 140 repurposed shipping containers. Known as the Drivelines Studios project, it was undertaken and completed by the New York-based LOT-EK architecture firm. 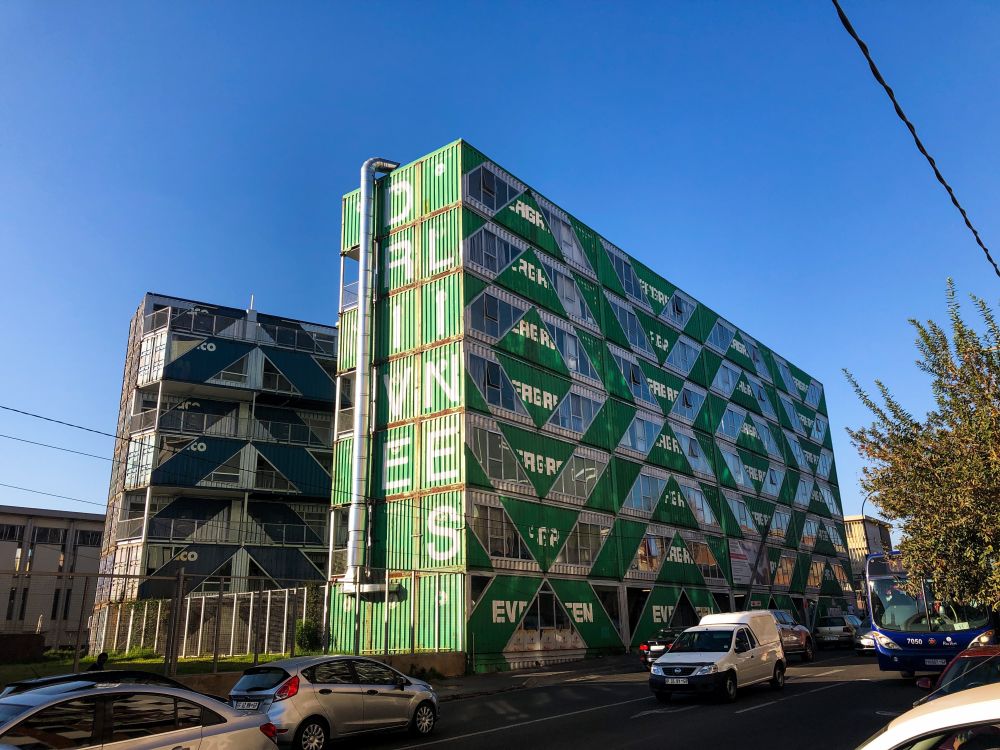 The Drivelines Studios' 40-to-60-square-meter live/work studio units were built with the intent of making this truly unique urban living space accessible to young creatives. Accordingly, affordability and an active community focus are founding pillars of the project.

A short stroll from Drivelines Studios, you will find the Museum of African Design (MOAD). Africa's first design museum — opened in 2013 on the site of a former mining equipment factory built in the 1930s — it exhibits works from across the continent, spanning diverse disciplines from fashion, furniture, architecture, and public art.

The Maboneng Precinct is located at the eastern end of Johannesburg’s CBD (central business district) and is easily accessible by Uber from your downtown Johannesburg hotel or most downtown attractions. We started our Uber journey from Nelson Mandela Square.

I wouldn't recommend public buses, but the Gautrain system is great. The closest Gautrain station to Maboneng is Park Station (southern end of the red line). From there, you can grab a taxi or Uber.