Reading the hidden messages between DNA and the environment 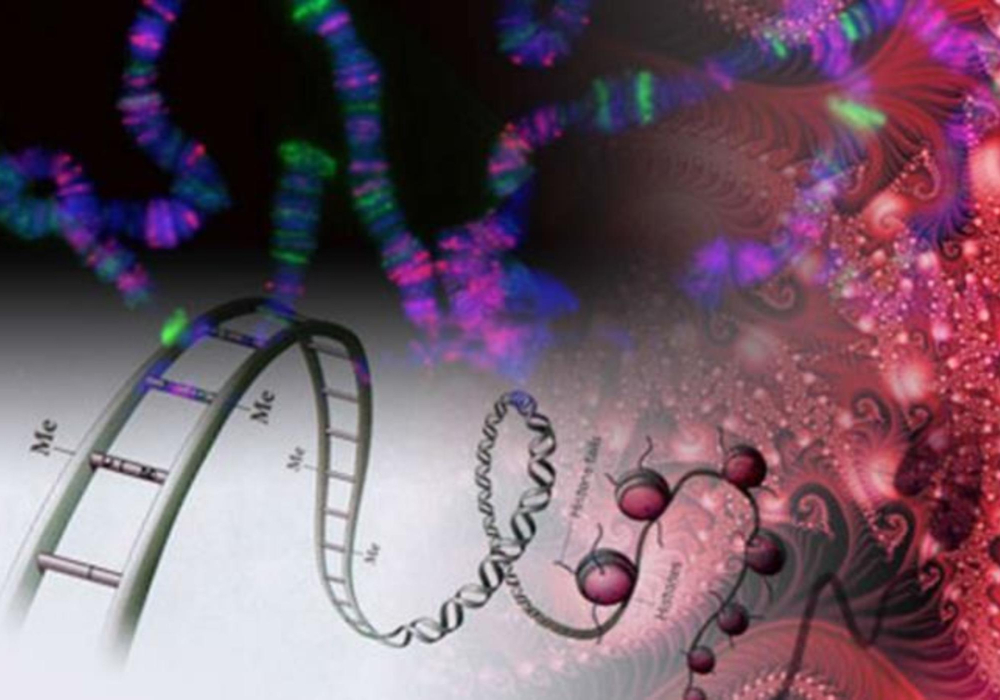 At the onset of the 1990s, an international scientific endeavour known as the Human Genome Project set out to map the sequence of human DNA. Once the human genome sequencing was successfully completed in 2003, scientists around the world had access to an unprecedented database, or roadmap, to understand our molecular constitution, mechanisms and development.

"People said this is the "book of life"; now we understand the language of life. But immediately thereafter, people realized that this was a book they could not read," said Prof. Valerio Orlando, Professor of Bioscience and Head of the KAUST Environmental Epigenetics Program (KEEP). The main reason for that was that 95 percent of the genome "is producing information which is not satisfying the prevailing dogma of one gene, one protein." Only 5 percent of the gene produces protein. The rest is producing something which is called non-coding RNA.

In addition, a decade earlier developmental biologists working on a variety of organisms such as unicellular, plants and animals discovered that several components of chromosomes, in addition to DNA, were responsible for correct expression and inheritance of genetic programs. Thus the landing on the DNA planet was just the starting point of a much more challenging mission for the comprehension of genetics universe.

As Prof. Orlando indicates, the field of epigenetics matured and transitioned just at the right time (as the genome project was being completed), because it helped to explain this non-coding data evolving at the epigenetic level. Stemming from the Greek term "epi" used to denote "over, outside or around," the field of epigenetics sheds light on phenomena occurring beyond the defined structure of the DNA sequence (the genotype) and how these help to explain cell identity (phenotype).

Epigenetics is concerned with the non-coding RNA molecules and chromosomal components which play an active role in regulating gene expression as a response to environment and individual biological experience. Prof. Orlando and his KEEP team are interested in what is called cell memory – which supervises how cells acquire and maintain (memory). It is the defined program responsible for the formation and functionality of the variety of cell types that compose complex organisms.

The epigenetic mechanisms maintain that program while the genetic information is the same for all the cells in the body, yet they express it differently and stably throughout life. So it's through an additional molecular layer built by proteins, called histones and non-coding RNA associated with the genetic material, that the cells are marked with this epigenetic information.

As Prof. Paolo Sassone-Corsi of UC Irvine, explained during his visit to KAUST for an Epigenetics Day event, "the classical example I would give is that the DNA is like written music and epigenetics is the orchestra playing that music." Prof. Orlando adds that "we know how the same music piece (genome) can be interpreted in different ways, and this is what makes every concert unique."

This is what must happen to allow cells and organs to perform and adapt every minute of life as in the case of changes in environmental conditions such as nutrition, stress and so on.

"One of the big questions at the moment in contemporary biology," as Prof. Orlando delineates, is "understanding genome functions through epigenetics. How does the genome actually communicate with the environment? How does the genome record biological experience, produce biodiversity and ensure our ability to perform on a daily basis?"

In essence, epigenetics examines the heritable variations in phenotype expression, passed on to our progeny that are independent of variations in our DNA sequence. The epigenome, the second layer wrapped around the DNA, is characterized by chemical tags that cover both the DNA, histones and non-coding RNA.

Those epigenetic tags react to signals from the outside world such as diet, stress, toxins and behaviour – thereby influencing gene expression. So the epigenome is flexible and adjusts specific genes dynamically in response to changing environments.

"The KAUST Environmental Epigenetics Program acronym, 'KEEP,' is actually a key word in epigenetics," said Prof. Orlando. "Epigenetics has to deal with basically the ability of genomes to record and remember, as well as imprint biological experiences in order to 'keep' this memory. So this memory is imprinted in the structure of our chromosomes; it allows genes basically to respond to environment. This is the concept." It is intuitive how all this matters for understanding also brain function. Experience modifies neuronal circuits, a phenomenon known as neuronal plasticity which is at the basis of learning and memory. It is now clear that epigenetic mechanisms strongly contribute to neuronal plasticity.

The same holds true for plant life, where epigenetic mechanisms also operate. For instance, plants have the ability to remember being exposed to a cold or chilly environment. So they know when is the right time to flower.

Similarly, individuals who have been exposed in the early stages of their lives to good or bad environmental conditions, or even nutritional habits and behaviours, will tend to experience the resulting impacts in their future. Even monozygotic twins, who start life with the same genetic background, will develop divergent individual characteristics, epigenetically speaking, as they adopt different diets and lifestyles and may develop different diseases.

These predispositions are shaped by environmental experiences and lifestyle choices, which are learned, memorized and performed. This memory can even be transmitted hereditarily to the next generation. People struggling with alcoholism or drug abuse, for example, can potentially transmit such vulnerabilities to their progeny.

From a societal point of view, understanding these trends when examining a given population set can provide scientists with valuable insights on problems related to malnutrition and obesity.

Finally, unravelling epigenetic mechanisms governing changes in cell identity is becoming crucial for a deeper understanding of stem cell biology and implications regarding tissue regeneration and possible applications in biomedicine.

There is indeed a growing field within epigenetics which looks at big data -- using mathematics and bioinformatics, to make such predictive models. Other scientists focus on the study of physics to understand the physical properties of chromosomes in relation to anticipated responses to drug treatments. In addition to advances in imaging, which may lead to one day being able to visualize the genome, "all this can be anticipated, interpreted, measured and applied to diagnostics," said Prof. Orlando. "It's going to be a revolution."

Given the multi-disciplinarian resources and collaborative environment characterizing KAUST, the Environmental Epigenetics Research Program is well-positioned to offer a valuable contribution to the field. Companies focusing on metabolism and nutrition are interested in the solutions that epigenomics can offer. Notably, the program has been receiving strong attention from industry around the world, especially because of the unique scientific environment provided by KAUST.

"There are consortia around the world that are dedicated to understanding the complexity of the epigenome and we hope that Saudi Arabia sooner or later will also be part of this," said Prof. Orlando. "Collaborations between scientists at KAUST and some of the excellent health care systems in the Kingdom have the potential to provide information that isn't available in other places in the world."

Along this vein, KAUST recently began having meetings with King Faisal Specialist Hospital and Research Center in Riyadh to start working on a Saudi Genome Project. Prof. Orlando and other members of BESE Division welcomed their proposal to collaborate and merge KAUST's technology-focus and expertise in epigenetics and bioinformatics with their large genetic collection of samples from the Saudi population. "This is going to be a very powerful combination which we hope will make a difference in the field," said Prof. Orlando.

Representing a major step toward these goals, KAUST and the Center for Epigenetics and Metabolism (CEM), directed by Prof. Paolo Sassone-Corsi at UC Irvine recently announced a "partnership to advance research on how genes and metabolism shape our bodies and minds."

The goal of the KAUST Environmental Epigenetics Program (KEEP) is to create a "critical mass of people who share concepts and technologies in a diversified manner." The program hopes to welcome mathematicians, statisticians, engineers and others in order to learn and benefit from different ways of tackling biological problems.