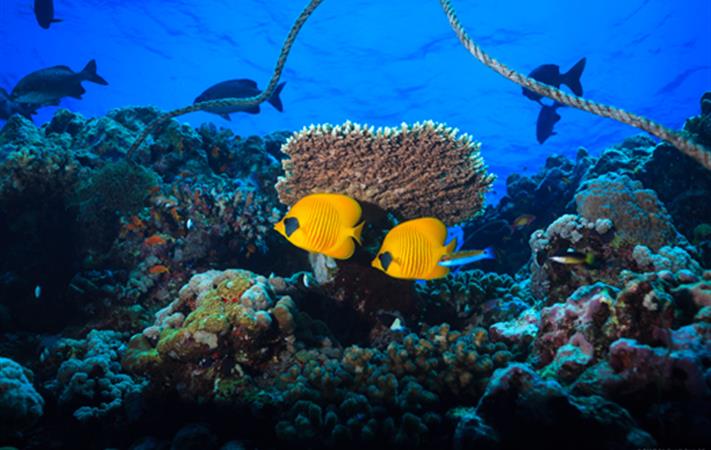 "About 150 kilometres of Jeddah's coastline has become useless for sea creatures. If the level of pollution is not controlled or treated then the Kingdom will soon have to import fish and shrimps to meet its demands," warned Dr. Ahmad Ashour from the Presidency of Meteorology and Environment Protection (PMEP), when speaking to local Saudi media in the past year.

Marine ecological environments, where all kinds of sea creatures, corals, fish and algae evolve, require healthy interactions between the natural habitat and influences from human environments in order to thrive. "What we've learned over the past few years is that the reef systems around the Saudi coast are not immune to the global stressors that are affecting reefs all over the planet," said Dr. Michael Berumen, Associate Professor of Marine Science at KAUST.

As highlighted in a recent KAUST article focusing on surveying work from the Director of the Red Sea Research Center, Prof. Xabier Igigoien, a major human-induced stressor is pollution – mainly from plastics making their way into the oceans of the world. Another factor is the globally increasing temperatures and the resulting problems from decreasing ocean pH and ocean acidification. So in addition to global problems affecting the coral reef systems, there are also locally specific challenges to be tackled.

For his part, Prof. Michael Berumen believes that another major locally influenced factor that needs to be observed in overfishing. "There's too many fish in the fish markets and not enough fish in the reefs," as he deplores. "There's an imbalance that requires a closer look at promoting sustainable fishing practices."

Where Have All the Big Fish Gone?

Saudi Arabia is fortunate to have enormous systems of reefs, a large reef habitat and a huge coastline with healthy reefs. Moreover, the relatively low population level along the Red Sea coast, apart from a few large urban areas would, generally speaking, minimize negative human impacts on the marine ecology. Also, the fact that there are no big river systems flowing into the Red Sea makes this maritime environment very unique. 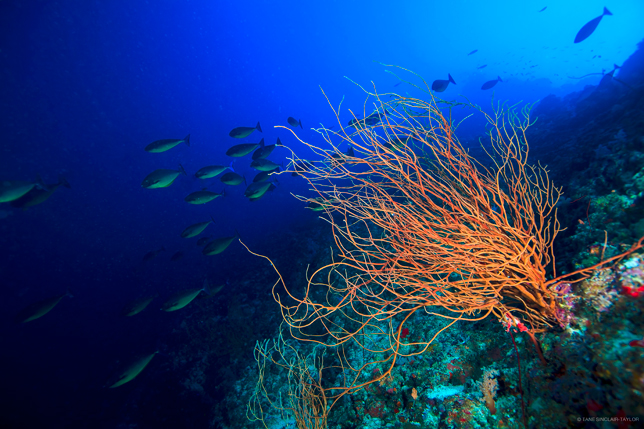 The latter point is significant because in most places in the world, where lands are transformed by farming, intensive agricultural practices introduce all kinds of chemicals, pesticides and fertilizers -- which change the composition of the land. When there's a big rainstorm or wet season, all this altered soil gets dumped into the sea. This is not a problem that exists in Saudi Arabia.

This is why when Prof. Michael Berumen and a team of reef experts from Australia and the US-based Woods Hole Oceanographic Institution first started diving in the Red Sea along the Saudi coast about seven years ago, they were surprised with what they observed. As Berumen recalls:

"On our very first trip we were on a boat that went from Yanbu to Jeddah, so including the reefs here in Thuwal. We cruised southwards and every few kilometres we were stopping and surveying a reef. It really was within about 3 or 4 dives that we all started saying that something was missing here. The reefs looked great but we were missing those top predators. They were just not there. 'Where are they?' we asked. Where are all the sharks that we should be seeing?"

Through KAUST's partnership with the Woods Hole Oceanographic Institution, a team began a project to look into fishing pressures. They sought to understand why it was that directly across the Red Sea, on the Sudanese coast, other expeditions observed the presence of far more big fish.

"There are sharks on almost all the dives in the Sudan; there are big groupers, big jacks, and big snappers. There are all these big top predator fish which we notably don't have here. It's indeed very rare to see sharks and big groupers or big snappers on the Saudi reefs," as Prof. Berumen explained.

What the Woods Hole surveying team found, partially using data from the fisheries department within the Saudi Ministry of Agriculture, was that "most species of fish have more or less collapsed as a fishery even as many as two or three decades ago."

Prof. Berumen estimates that there are between 8,000-10,000 fishing boats, which practice what he characterizes as "artisanal industrial fishing," operating along the Saudi coast.

While this doesn't involve big industrial fishing fleets as one would normally think of when considering commercial fishing, the sheer numbers of these fishermen collectively exert as much pressure on the fisheries as industrial fishing. They're basically using hand lines, single lines, some nets and maybe some traps; but the constant fishing has a severe impact.

"I don't think there are any reefs in this region — even on the furthest offshore reefs that we've gone to here — where we didn't regularly see fishing boats. So I think fishing pressure all through here is fairly homogenous," said Berumen.

The Role of Education for Conservation Efforts

In addition to overfishing, the other major stressor to the Red Sea coastal reefs and marine ecology is again caused by widespread pollution. "When you drive to Thuwal from Jeddah, what do you see? A forest of plastic bags; and so much of that plastic ends up in the sea," said Prof. Berumen. The problem isn't just limited to the vicinities of large urban agglomerations. In fact, plastic remnants can be found across the Saudi coast. "Plastic is going to be a major challenge for us for decades and decades to come," he adds.

Even in remote areas such as between the Farasan Islands and Al-Lith, which Michael Berumen calls "Saudi Arabia's Great Barrier Reef" and where there are hundreds of really nice reefs, the problem can be observed. "It's far away from big cities but it doesn't matter. The islands in that region have got lots of trash and plastics," explains Berumen. "The little fish that are migrating up and down are probably eating a lot of that plastic." 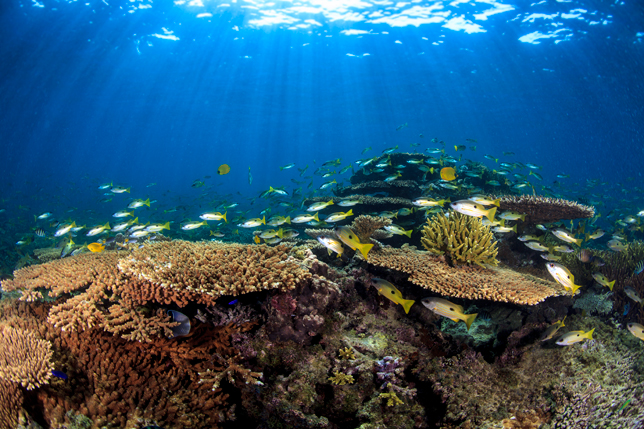 The presence of KAUST and its Red Sea Research Center over the past few years has been instrumental in conducting important surveying and research work to tackle those twin problems of pollution and overfishing that are having a devastating effect on the Red Sea's marine ecology environment.

But Prof. Berumen is quick to point out that it's out of KAUST's scope, or mission, to advocate for the enforcement of fishing regulations. The valuable research and surveying work being done on the Red Sea's marine life by KAUST marine scientists can nonetheless serve as a valuable benchmark in the event that relevant authorities sought to institute such regulations. Examples would be restrictions on maximum or minimum fish size, daily catch amount limits, seasonal closures, and restricted fishing locations. So KAUST is already well-positioned to consult government bodies on devising conservation strategies.

"What we should be, and are, doing is to collect the data. When and if we're ever asked for it we are ready to provide scientifically sound reasoning for specific policies or changes in practices. We won't need to ask the regulators to come back in five years for results," as Berumen explained.

What KAUST is actively committed to doing however is to educate the public about the importance of marine ecology conservation. Outlining this goal, Prof. Berumen says:

"One of the things that I think we as a center and a university have to try to address is that education gap. There's an old conservation saying that if you don't know what you've got, it's impossible to care about it. If you don't even know it's there it's really hard to be concerned about it."

One good example of a very positive sign which Prof. Berumen points to in the last couple of years has been the successful opening of the Fakieh Aquarium along Jeddah's Corniche. A first of its kind in the Kingdom, the aquarium "promotes the conservation of the environment by spreading awareness through education and entertainment."

The aquarium welcomes thousands of visitors per week. "That's great because I know it's happening," said Berumen. "I've been there and I've watched the people come in and say: 'Really? We have this literally a hundred meters away? If I jumped out into the water off the Corniche I would see these things?"

Prof. Berumen believes that this is the exposure that has been missing. "People were not exposed to what they had in their own backyard," he said. He observes the same reaction when taking local Jeddah residents snorkelling for the first time. "So I'm optimistic that there are steps in the right direction and eventually there'll be a sea change, as it were, in the public attitude toward conservation."