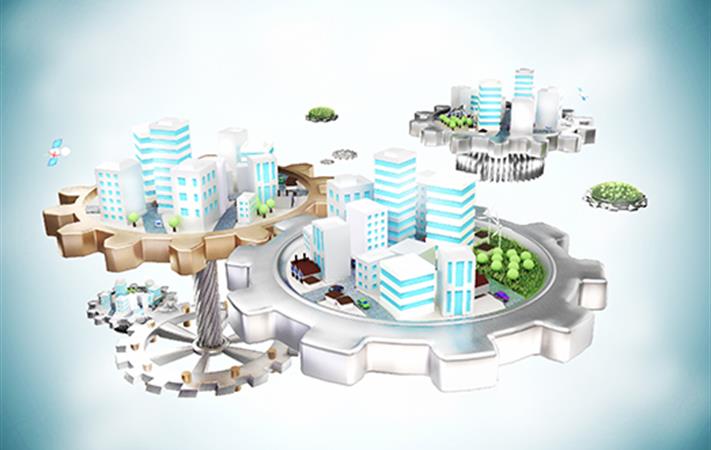 “2009 marked the first time in history that more than 50% of the world’s population lived in cities. It’s expected that by 2030 we’ll see the urban population grow from today’s 3.5 billion to 4.7 billion,” said Rainer Speh, chief technology officer (CTO) at Siemens Ltd, Kingdom of Saudi Arabia. He recently shared this data with a group of KAUST students and scientists as part of a Saudi Initiatives Company Day held at the University.

As a founding member of the KAUST Industrial Collaboration Program (KICP), Siemens has over the years repeatedly relied on its synergy with KAUST and the University’s pool of research partners and talented candidates to actively seek solutions to solve some of the world’s most pressing problems through cutting-edge research and technology.

Speh focused his talk on “Smart Cities.” The reality is that with a growing world population increasingly converging inside cities, there is also a resulting increase in the consumption of energy. Cities account for two-thirds of the world’s energy consumption and 60% of the drinking water and generate up to 70% of the CO2 emissions.

Challenges for the Kingdom and the region

Interestingly, the urban population growth will not come primarily from today's major cities, such as Shanghai, Mexico City and Beijing. While those cities are getting bigger, the major growth in the next ten to fifteen years will be seen in emerging single-digit million population cities such as Riyadh and Jeddah.

This is part of what Speh refers to as global megatrends. “We look at the larger issues such as the global megatrends that are impacting the consequences of the future and find solutions to solve these issues,” he explained. For example, the population of emerging countries is getting younger, while the industrialized countries are getting older. This represents both a challenge and an opportunity, according to Speh. As Saudi Arabia’s population gets younger, coupled with the growth in the country's population, this demographic trend must inform future urban planning in the Kingdom.

With an 85-year history operating in the Kingdom, Saudi Arabia is among the biggest countries in Siemens’ operations. Among other activities, Siemens is currently working on a major project to build a driverless subway system in Riyadh.

Siemens points out that by the year 2000, about two billion gigabytes of data had been accumulated worldwide. Today, the same volume of information is generated in a single day. Digitization is one of the most important megatrends. As urban populations increase, it’s no longer sufficient for city administrators to only focus on keeping the streets clean and managing zoning regulations. Cities must now be able to gather and use data about energy consumption, resource allocations, urban flows and transportation patterns in order to positively affect the lives of residents.

Data-generating sensors are now ubiquitous within urban landscapes worldwide. Coupled with the rapid proliferation of Internet-connected devices, the amount of urban data now available provides us with the ability to make cities more efficient and enjoyable places to live.

This paradigm-shifting digital transformation is a major pillar of Siemen’s corporate strategy. It’s also why Siemens’ partnership with KAUST through collaborative research and as the recruitment of outstanding scientists working on sensor technologies and in other fields is so valuable.

From the electrification perspective, the goal is to design products that generate, distribute and utilize electrical energy in the most efficient way possible. Automation technology assists in streamlining various types of processes in the manufacturing of some of these and other products. Bring all this together, digitization provides optimized software solutions and intelligent data analysis to seamlessly connect the physical and virtual worlds and successfully manage the resources of expanding urban sectors.

“Managing urban areas has become one of the most important development challenges of the 21st century. Our success or failure in building sustainable cities will be a major factor in the success of the post-2015 UN development agenda,” said John Wilmoth, director of UN DESA’s Population Division.

Saudi Initiatives established the In-Kingdom Career Launch Program in 2010. By providing impactful career opportunities, the program ensures that outstanding students, research scientists and postdoctoral fellows have meaningful career options after their time at KAUST. The program brings leading companies to the University and introduces students to potential future employers by offering them a comprehensive look at a company’s operations, needs and opportunities for careers aligned to their KAUST field of study.

The program’s October 2015 Career Fair brought nine leading employers to campus and conducted more than 200 interviews. Since its inception, the program has supported more than 300 students, researchers and postdoctoral fellows in finding meaningful employment throughout the Kingdom in both academia and industry.

Recent placements have included faculty positions, engineers and managers at leading Saudi organizations. Through these and other ongoing efforts, Saudi Initiatives advances KAUST’s mission to serve as a catalyst for innovation, economic development and social prosperity in Saudi Arabia.