Exploring the science of food 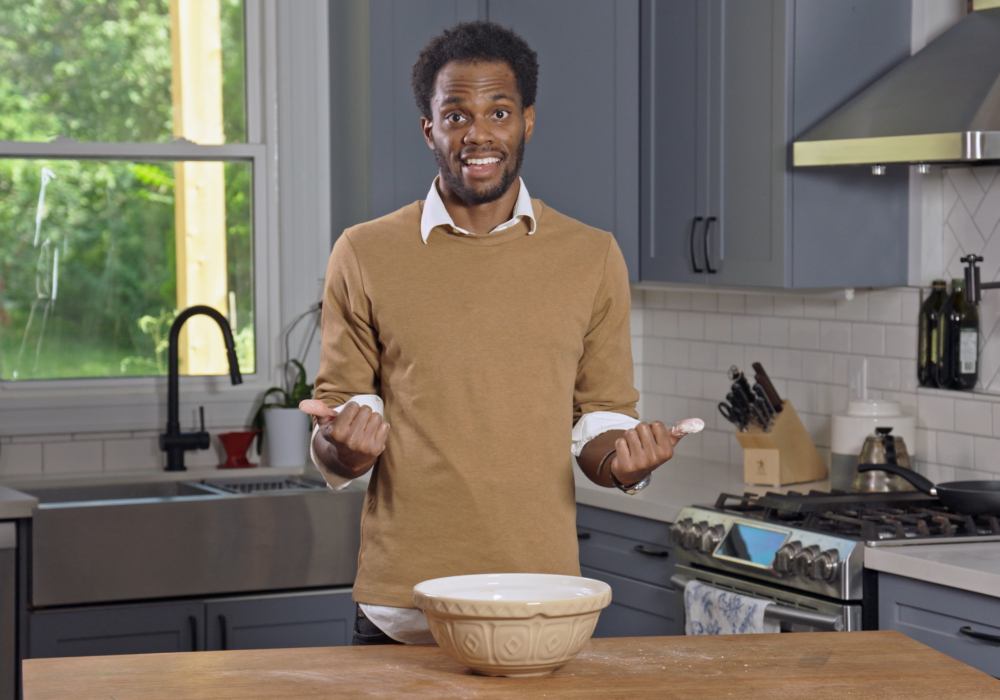 An interview with Anthony Morgan, a molecular research scientist, entrepreneur and guest host of CBC's Chef Secrets: The Science of Cooking. The documentary is a real eye-opener about how science enhances cooking and helps us solve some fundamental food mysteries.

Anthony Morgan is a molecular research scientist, entrepreneur and guest host of Chef Secrets: The Science of Cooking—which had its World Premiere Broadcast on January 7th and now can be seen on CBC GEM.

Currently two and a half years into his Ph.D., Anthony is the founder and creative director of events and media company Science Everywhere, as well as a long-time science communicator and frequent science presenter on networks and platforms such as CBC, Bell Media, Discovery and Vice Canada.

Trailer - CHEF SECRETS: The Science of Cooking from Cook Sci on Vimeo.

He has spent over 15 years studying and working in psychology and science communication, thinking deeply about the most common individual and societal barriers to critical thinking.

Part of CBC TV's The Nature of Things, Chef Secrets: The Science of Cooking, was directed by award-winning Toronto-based documentary filmmaker Leora Eisen. The fascinating and mouth-watering doc features such unexpected discoveries as learning about a culinary consultant with a Ph.D. in mashed potatoes. We also meet a chemistry lecturer who delves into the chemical reactions behind sizzling a juicy steak and find out how a childhood love for ice cream led a former contestant on The Amazing Race to become an ice cream scientist.

During the pandemic, we've been staying at home, cooking more often than ever. "What's for dinner?" is a daily challenge, as we try to come up with new ways to spice up the menu.

As Anthony shares, the pandemic's lockdown periods helped him realize just how bad of a cook he was. But for many of us, this has become an opportunity to pick up new skills and culinary interests out of sheer necessity and, perhaps also, boredom.

Haven't our social media timelines been flooded by our friends and family's cooking experiments and attempts, with varying success, of baking sourdough bread from scratch?