Unearthing the history of Mada’in Saleh 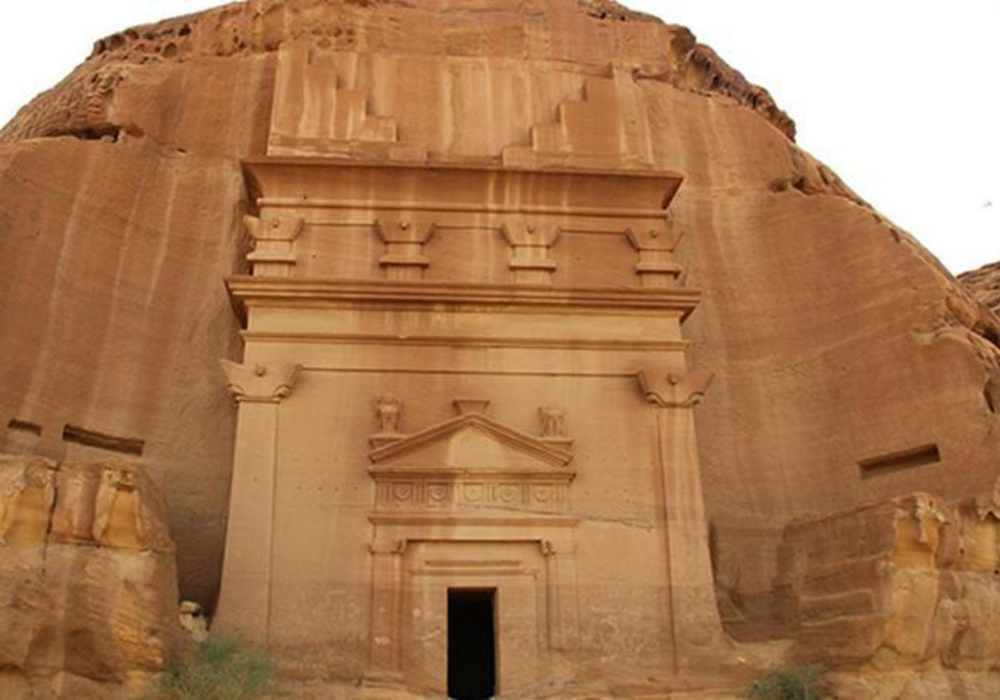 When many people envision the impressive rock-cut tombs of the pre-Islamic Nabatean kingdom (circa 168 BCE to 106 CE), what immediately comes to mind is the emblematic Al Khazneh (or Treasury) in Petra, Jordan; immortalized in popular consciousness through the movie Indiana Jones and the Last Crusade. To this day, over twenty-five years after the film’s release, many Indiana Jones hats and lassos are sold to tourists who eagerly take pictures with them on horseback.

But about 500 kilometres to the south of Petra, at Mada’in Saleh in Saudi Arabia, also stands over a hundred magnificent and remarkably preserved rock-cut Nabatean tombs. Also known as Al-Hijr, or by its ancient name Hegra, the pre-Islamic archaeological site is located 300 kilometres North-West of Medina and 20 kilometres north of Al-Ula. It was the second city in importance, after Petra, of the Nabatean kingdom. Often referred to as the “southern capital,” Hegra was their southernmost settlement.

In 2008, UNESCO added Mada’in Saleh to its World Heritage List -- the first such distinction for a site in Saudi Arabia.

Dr. Laila Nehme, a French archaeologist and epigraphist, came to visit KAUST recently, as part of the annual Winter Enrichment Program (WEP), to share her passion for Mada’in Saleh and its history. A senior research fellow at the French National Centre for Scientific Research (CNRS) in Paris, she has been conducting archaeological research in Saudi Arabia since 2002. 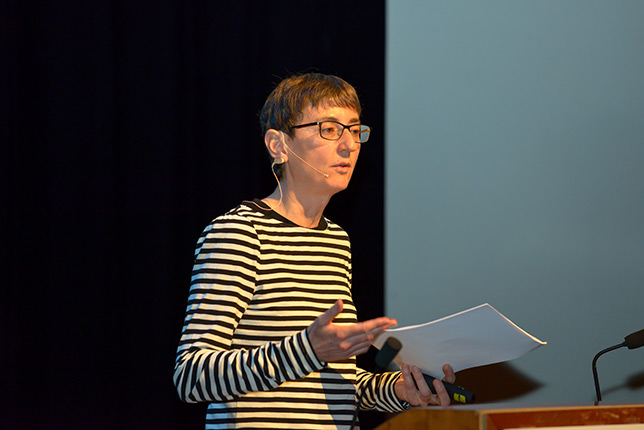 Since 2008, Nehme has been the co-director of the Saudi-French Archaeological Project. She specializes in Nabatean epigraphy but she also studies the daily life of the ancient Nabateans through personal and funerial item remains such as pottery, linen, jewelry and more, unearthed in residential settlements and tombs.

“There are, of course, several archaeologists [on our team] but we also have many technicians, draftspersons, cartographers, photographers, a variety architects and specialists who examine pottery, vegetable remains, coins, leather, textile [and so on] to study the human aspects of the tombs … It’s, therefore, the combination of all these skills which makes it possible to obtain the precise information,” Dr. Nehme explained to WEP attendees during her keynote speech.

Working under the aegis of the Saudi Commission for Tourism and Antiquities and the French Ministry for Foreign Affairs, her team is now at the beginning of a third four-year program. In addition to her University of Paris and University of Sorbonne colleagues from her native France, Dr. Nehme’s team is comprised of about 20 people speaking various languages and representing a mix of nationalities including Saudi, Swiss, Polish and Belgian.

“I must say that one of the small pleasures I have is when we have dinner at the museum in Al-Ula in the evening and, from one end of the table to the other, I can hear Swiss German, Polish, then English and then Arabic. Almost all members of the team speak two or three of these languages,” she shared.

The origins and history of the Nabateans

Based on the accounts of the Greek historian Diodorus of Sicily we know the Nabateans appeared in history before the end of the third century BCE. Diodorus described them as nomadic rich Arab tribes whose wealth came from their involvement in the long-distance trade of incense and aromatics -- mainly produced in the Yemeni region. 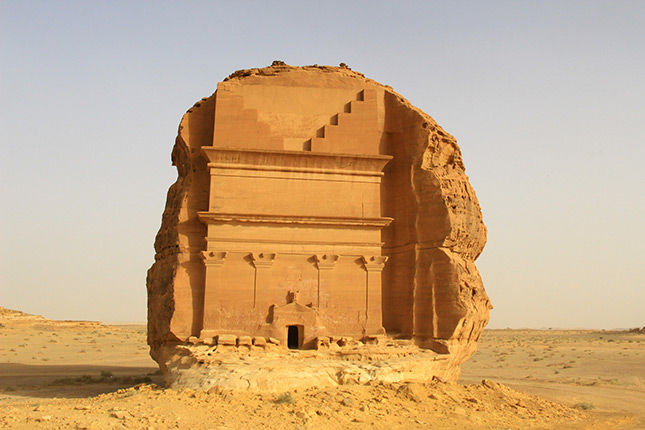 “Their knowledge of the location of the routes and of the places where water could be found allowed them to control progressively the trans-Arabian trade route,” said Nehme. Evidently, with such an advantage also came a monopoly on the transport of these goods. This essentially meant the Nabateans were able to quickly accumulate wealth by levying taxes along the international caravan trade route during late Antiquity. This ancient aromatics trade route, on which Al-Hijr was a major meeting point, ran from the Arabian Peninsula and stretched towards the Mediterranean world (Greece and Rome) and Asia.

“It seems that they started to make coins as early as the third century BCE and more regularly in the second,” she said. But two centuries after their first appearance in the Diodorus sources in 312 BCE, the Greek geographer Strabos gives a completely different image of the Nabateans. “At the end of the first century BCE they had become sedentary and formed an urbanized society with its capital in Petra,” Nehme explained. They had erected a series of sophisticated, and entirely rock-cut, urban installations such as the central pavilion and the theater of Petra that could hold seven to ten thousand spectators.

The Nabateans also began to actively farm and to produce wine. They were still involved in long-distance trade but they diversified their sources of income. At its peak, the Nabatean kingdom expanded as far north as Damascus. Even after the end of Nabatean rule (they were ultimately annexed as a client state of Rome), and well into the Islamic period, the ancient caravan route between Damascus and the Hijaz still continued to used by international pilgrims making their way to Mecca from the Levant – even right up to the beginning of the twentieth century with the construction of the Hijaz Railway.

The influence of Nabatean kingdom can also be seen today in the formation of the modern Arabic script. “It is now certain that the Arabic script developed from Nabatean and this development took place most certainly in the North-Western part of modern Saudi Arabia, in the Hejaz, between the third and the fifth century,” said Dr. Laila Nehme.