No expat experience in Saudi Arabia would be truly complete without venturing out into the desert, away from the hustle and bustle of city life. One of the best and most memorable ways of doing that is by trekking or trail running through the rocky and mountainous parts of the Arabian desert.

A popular activity for expatriates, and also an increasing number of Saudis, is to meet in a remote patch of desert outside Jeddah or Riyadh, usually very early in the morning in order to beat the strong midday sun, and spend a few hours walking, trekking, running or biking along a previous marked trail with materials like chalk or flour. 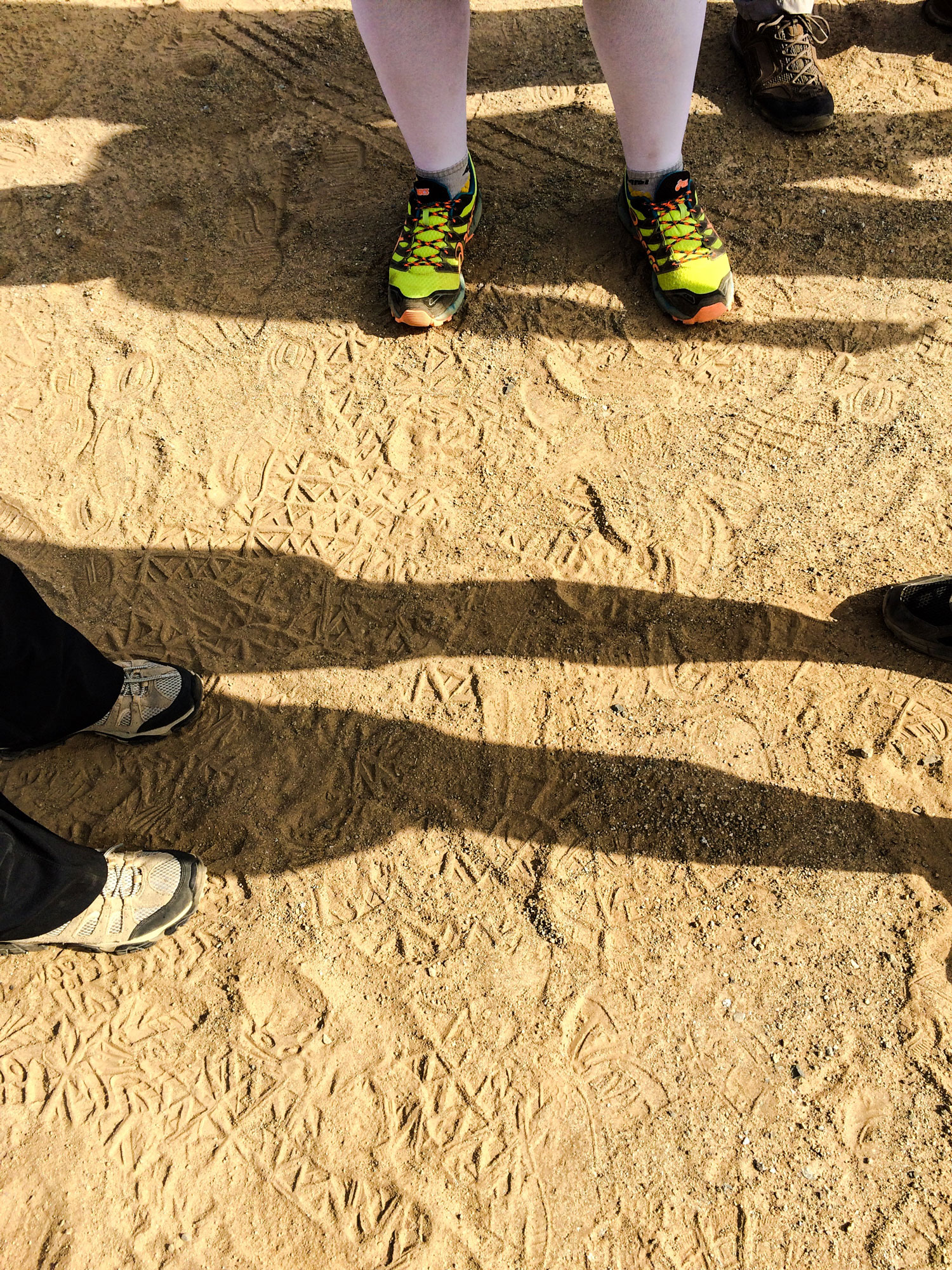 These adventurous people are commonly known as hashers. The name comes from an organization called the Hash House Harriers (abbreviated to HHH or H3) — an international group of non-competitive running social clubs. A hare is responsible for setting up the trail ahead of time over rock, sand and mountains and the hounds (runners) follow that trail — making sure to look out for the chalk markers along the way.

The history of hashes is thought to date back to the late 1930’s with a group of British expatriates and colonial officers in Malaysia. The practice has since spread to many parts of the world.

My introduction to hashing

I first heard of hashing a couple of years ago as an expat in Saudi Arabia when a work colleague called me out of the blue to hop on a car with fellow hashers who were heading out to the desert on that same day. I was immediately intrigued and was on board.

Although, as it turned out, my friend wasn’t aware that this was a secret community of hashers that could only be joined by specific invitation by a full member. So my unannounced presence was a bit of a surprise. Nonetheless, despite a bit of uneasiness in the beginning I was welcomed by the group and I thoroughly enjoyed my time.

After driving out into the Jeddah desert for over an hour through what seemed like a remote area only disturbed by a nearby industrial quarry, we suddenly came upon a cluster of SUVs, cars and Hummers in an open desert area at the foot of a close by rock mountain.

A diverse group of about sixty people were gathered around, dressed in athletic gear, ready to brave the trails. Before long, a man with a bullhorn asked everyone to form into a circle and asked all the newbies in the group to come into the center and introduce themselves. We were asked to share a bit about who we were and where we came from. After the organizer chided me a bit for being an intruder in their secret society, people clapped and welcomed us into the community of hashers.

Perhaps the secrecy and qualms about allowing strangers into the activity in the Saudi hashes, or at least the one I took part in, may have to do with the conservative nature of the Kingdom. I was told of various tales of the religious police (the mutawa whose role it is to enforce adherence to Shari'a law) trying to locate the hashes and shut them down. The concept of a mixed-gendered group of people running around in the desert with shorts and tank tops can’t be too appealing to them.

Taking it to another level: Desert trail running

More recently, I also took part in a more physically demanding version of these desert adventures called the Hejaz Ultra. Styled as an ultramarathon, this race is considered the longest foot race in the Kingdom of Saudi Arabia. The longest race, the Hejaz100, is a 100K solo or two-person relay competition which starts in the middle of the night at 3:30 a.m.

Since there was no way I could pull that off, I was part of the Hejaz50 Relay, which comprised of covering a 50K distance, separated in four loops, between four runners. My relay was a 10K loop. I was a regular 5K to 7K runner so this was just above my comfort level — so just challenging enough without getting in over my head. Or at least I hoped.

In addition to runners, the Hejaz Ultra also involves mountain bike cyclists and trekkers. Similarly to the hashers, the group meets in a pre-designated location in a remote part of the desert outside Jeddah. The four loops had also been pre-marked with chalk and flags of different colours to distinguish different trails.

Accompanied by the sounds of music blasting a DJ booth, the runners, cyclists and trekkers took off before the sunrise and I waited at the central point, in between the four loops, for the first member of my relay team to return from his 18K run. He was the strongest runner of the group so our strategy was to send him out first to conquer the longest loop — and hopefully gain some valuable time.

As I saw him returning from his loop, I frantically looked for the organizer’s instructions for where my loop was and to find out which flag colour to follow. “Follow the yellow flags, then the green flags,” he told me in a hectic moment while speaking to a few people simultaneously. Slightly confused about the prospect of following two flag colors, I set out for three full kilometers on what I later found out was the wrong route!

So, with the additional 3K coming back to the original point to follow the green flags I was supposed to follow from the beginning, I wasted 6K in total. While it was hard, I’m glad that I successfully completed the now 16K required. Although I was spent from the first 7K, I struggled through a combination of walking and running along the often very rocky path until the finish line.

Along the way, I witnessed some amazing views from atop a rocky mountain, saw a large herd of camels at a distance, stepped over a few animal skeletons, as well as battled the heat and a strong thirst. But what an experience it was.