Dancing around the white saviour complex 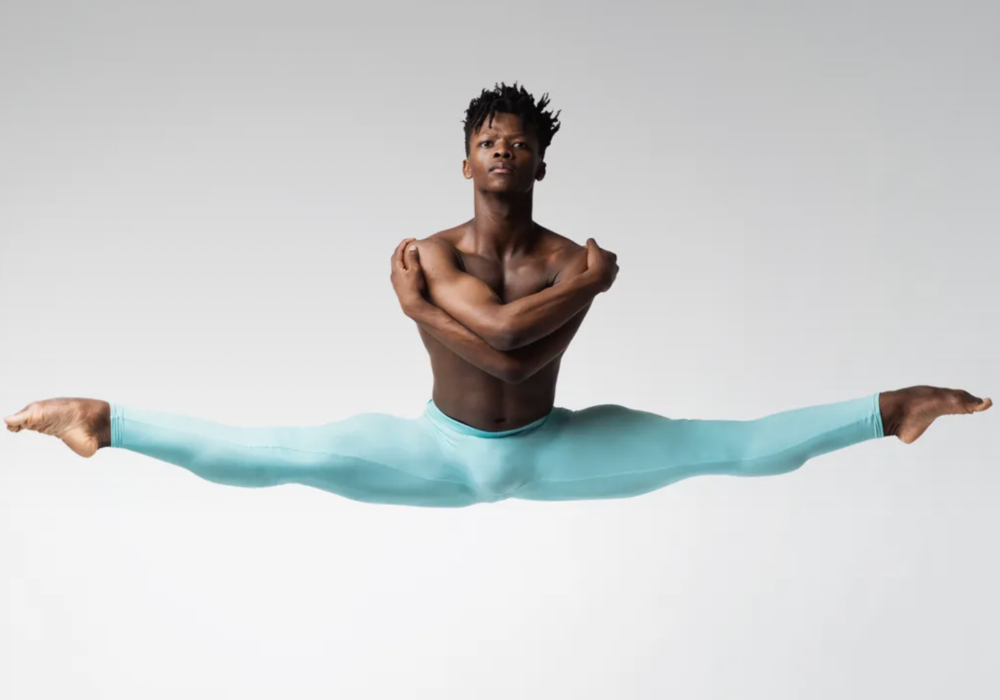 Siphesihle (Siphe) November is a dance prodigy from Zolani, in South Africa's Western Cape. Siphe grew up in the small township located about two hours from Cape Town. At the age of 19, in 2017, he joined The National Ballet of Canada as a member of the Corps de Ballet, after graduating from the National Ballet School, skipping the customary apprenticeship route. Two years later, he was promoted to Second Soloist.

In this podcast episode, we explore his incredible journey from his childhood as a street dancer in Zolani to landing in Canada as a twelve-year-old to attend the prestigious National Ballet School, in Toronto, to his current career as a professional ballet dancer.

Siphe's story is beautifully captured in a film by director Vikram Dasgupta entitled Beyond Moving. The documentary was selected to be featured as part of this year's Hot Docs Canadian International Documentary Festival’s Doc Soup showcase. It's available to be streamed through the Hot Docs Cinema website until June 25th. It will also be available for streaming indefinitely on D.O.C.'s Blue Ice Docs platform.

Along with his older siblings and friends, Siphe loved to dance from a very early age. Their style of dance was shaped by kwaito -- a popular South African music style which was created by the post-Apartheid generation from the country's impoverished black communities, during the 1990s. The hip-hop and house-inspired upbeat music was combined with the dancer's intricate footwork and improvised movements.

He began embarking on a new trajectory when, at the age of seven, he started attending free ballet classes as part of an outreach program called Dance For All. Siphe caught the attention of a British-trained former ballerina by the name of Fiona Sutton Sargeant. She soon became his dedicated teacher and he eagerly attended her weekly classes.

Fast-forward to the Spring of 2009, Siphe was one of Fiona's students taking part in a dance show at an elementary school in the nearby majority-white town of Montagu. In the audience were a Canadian couple, Kelly Dobbin and Scott Mathison, who were on an extended holiday in South-Africa. Their 5-year old daughter, Ella, was also taking lessons from Fiona.

The Canadian pair was so impressed by Siphe's stage presence that they approached Fiona and Siphe's mother, Sylvia, to make a couple of propositions. The first one was to have Siphe remain in Montagu for school so he could pursue his ballet training more consistently and to study English. The second offer was to send Siphe to their home town Toronto, Canada, to audition for the prestigious National Ballet School of Canada. If he managed to get in, they would welcome him into their home for the length of his studies.

Through the support of Kelly and Scott, Siphe travelled out of South Africa for the first time in 2010, destination Canada, for an intense month-long selection process. He was ultimately successful in securing the coveted spot.

This is a particularly opportune time to discuss the external cultural influences of black dancers challenging time-immemorial European dominance on all aspects of ballet as an art form.

Expanding on Siphe’s statement about seeing dance in its broadest terms and bringing his whole self into the experience without necessarily trying to completely conform, I dove deeper later in the conversation about what it means for him to be an African dancer in such racially homogenous environment. We also touched on the "White Saviour" complex which can be found in a lot of the coverage surrounding his ascension into the higher stratospheres of the dance world after being taken under the wings of a white Canadian couple.

What roles do luck, opportunity, talent, economic circumstances, and access play in the overall equation?

In a previous conversation with CBC, I thought his reflections were very eye-opening. He said that while his street dance roots were all about improvisation, you can’t be different in ballet. There isn’t much room to deviate from long-established norms. But at the end of the day, even though it was supposed to be the same, we interpret sameness differently. So, naturally, one's personality comes through when dancing.

in Travel
As part of my first trip to Brazil this summer, the city of Salvador de Bahia was high on my list . Known as the centre of Afro-Brazilian culture, I was eager to see for my self…